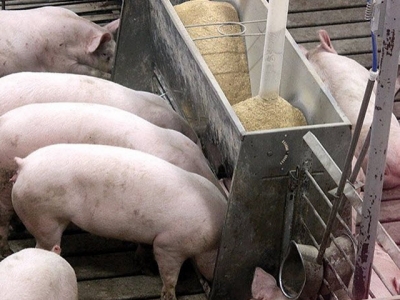 A common problem in growing pigs, producers can make nutritional and management changes to reduce the incidence of gastric ulcers.

There are several reasons why pigs develop ulcers. These may be related to stress, management, disease or nutrition and may occur in some genotypes more than others. Diagnosis is carried out by monitoring symptoms and may occur following post mortem analysis or observation at the slaughterhouse.

The region most effected by ulcers is where the esophagus meets the stomach, as there is no mucosal protection. A change in the pH gradient here results in excessive gastric acid secretion. The gut wall becomes damaged and ulcers form, which may bleed. In less severe cases this results in anemia, but large, fatal hemorrhages can occur. In terms of prevalence, it is more common in growing animals and can be seen in up to 60 percent of pigs at slaughter. It is rare in piglets and is seen in less than 5 percent of sows.

Weaner and grower pigs with a less acute form of the disease present with a number of symptoms including weakness, breathlessness and pallor. They may also vomit or grind their teeth due to pain in the stomach. These animals will often pass feces that are dark, in which case samples should be taken to confirm the presence of blood and rule out parasites. In chronic cases, pigs can lose weight and have a variable appetite. “The effects are most dramatic if the ulcer erodes the mucosa over a blood vessel but if not, there might not be any obvious symptoms,” explained Fran Baird, pig director at the George Vet Group. “Unfortunately, it is a common complaint in pigs; we see most cases in animals between 26 and 90 kilograms.” Gastric hemorrhage can also occur in cases of bloody gut, but this tends to affect young gilts and growing pigs.

In sows, similar symptoms occur; as well as dehydration, they may appear "tucked-up" — holding themselves in a particular way to alleviate pain. In acute cases at any life stage, previously healthy pigs can be found dead. Due to internal hemorrhage, their carcasses are observed to be pale. If the pigs do survive, they can take a long time to recover, and sub-clinical effects in the rest of the herd should be considered. “Although most commonly a ‘grumbling’ background issue in pig herds, it is a significant cause of mortality, often only diagnosed post mortem,” shared Fran. “If there is a serious problem, mortality can reach 3 to 4 percent, but usually it sits at about 0.5 percent.”

It is extremely important to review the feed formulation if a high incidence of ulcers is reported. Fiber plays a part, but research suggests that simply increasing the level in the diet, or providing straw for example, will not completely fix the problem. Dietary causes for ulcers include the following:

By finely-grinding the raw materials, even if it is subsequently pelleted, more cases are seen. This is due the effect of reducing the viscosity of the stomach contents. “You can significantly reduce the incidence of stomach ulcers by changing feed presentation,” said Fran. “The grist size is especially important, which may be harder to increase if feeding pellets.” Some nutritionists use rolled rather than ground cereals to help alleviate the problem. It has also been reported that if cereals are processed with a high moisture content, there is a greater incidence of ulcers.

Management techniques also have considerable influence on the prevalence of ulcers. Overstocking, movement, mixing and transport between units can cause stress in pigs, which increases the likelihood of ulcers developing. Uncompassionate stockmanship or aggression between animals at any life stage will also cause undue stress. Anything that means pigs cannot eat or drink when they want to has a big impact on the incidence of ulcers. This may be because there aren’t enough drinkers, trough space is insufficient or supply of feed is interrupted, perhaps due to mechanical problems. Environmental conditions can also affect the prevalence of ulcers: for example, poor temperature control.

Anything that means pigs cannot eat or drink when they want to has a big impact on the incidence of ulcers.

Ulcers can happen during outbreaks of swine fever or erysipelas due to bacterial septicemia. It is also well-documented that when a herd develops pneumonia the cases of gastric ulceration will increase. “Many disease outbreaks involve a previous period of inappetence,” Fran explained. “For this reason we often see an increase animals diagnosed with gastric ulcers following a disease challenge.” Herds with cases of PCV2 and PRRS are also likely to have more issues with ulcers. In the case of sows, the majority of cases will be limited to individuals and similarly often follow a period of illness.

There are no licensed treatments for gastric ulcers in pigs; however, for horses, drugs are available for both the treatment and prevention. Veterinary practitioners therefore can only recommend supplementary care for the affected animals. If possible, sick pigs should be removed from the herd and placed into a hospital pen. Antibiotics may be prescribed for any secondary infections or underlying disease. An assessment of likely recovery should be made, and seriously ill animals may need to be culled.

“The most important thing is to tempt the pigs with feed,” detailed Fran. “A high-quality, nutrient-rich, highly digestible diet should be offered. Weaner diets may be suitable, but the most important thing is that it has a large particle size.” He went on to describe how he has fed vegetables to stud boars and pet animals, where an individual diet is possible. Some professionals have advised increased dietary supplementation with vitamin E as well as intramuscular injections of vitamins and iron to counter blood loss and support the immune system. Even for sows, a diet high in milk products can be beneficial for recovery.

It has been observed that increased incidence of gastric ulcers can be concurrent with an outbreak of vices, for example tail biting. “It’s unclear as to whether ulcers are the primary or secondary factor,” stated Fran. “I believe it’s likely that both are a symptom of stress in the herd, be that from nutrition, management or disease.” It is therefore essential for producers to monitor changes in both pig health and behavior.

Research coming out of the U.S. suggests that even if animals are not presenting with symptoms of ulcers their performance could be affected. “For every pale pig you see, there are bound to be many more with sub-clinical levels of ulceration,” Fran observed. “However, these animals are still suffering.” The data suggests that even low-grade ulceration has a significant effect on feed intake, feed efficiency and daily gain.

It is important for producers to monitor the incidence of ulcers in their herd. Not only to prevent loss of animals but also to ameliorate the effect on performance. Particular attention should be paid to the particle size of the diet, but increased incidence may also be linked to management strategies. Reducing stress in pigs is paramount for optimum production, not least in the case of ulcers.

Zoe Kay is an independent consultant providing technical services to the animal health and nutrition industry. 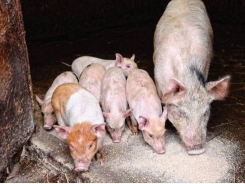 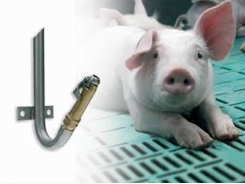 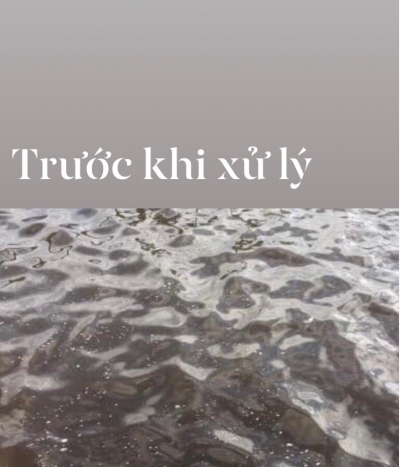 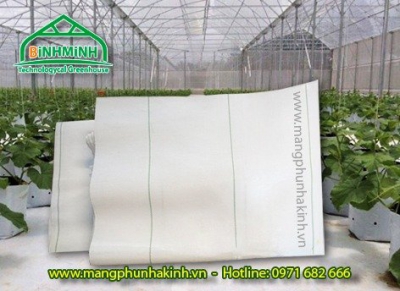 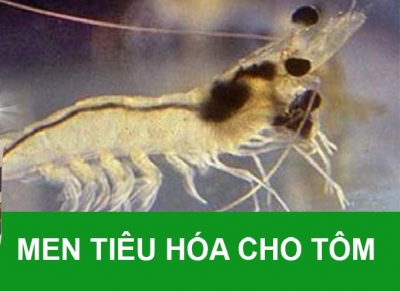 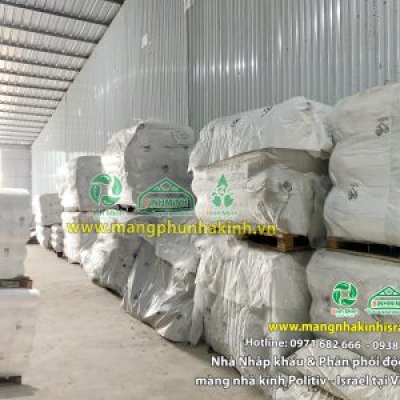 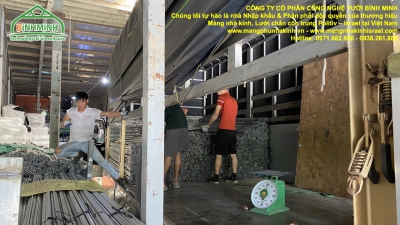