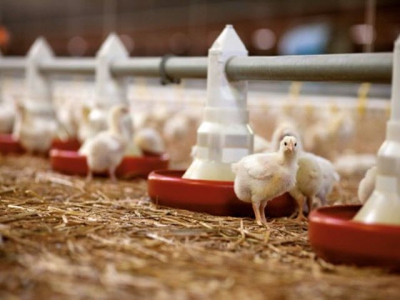 Feed additives are a helpful tool to overcome dysbiosis, an imbalanced microflora in the gastrointestinal tract (GIT). The concept of ‘Eubiotic Nutrition’ is another approach for today’s animal production and combines modern nutritional principles with the use of non-antibiotic feed additives.

The ban on animal proteins and consequently the sole use of vegetable proteins since the year 2000, and the complete ban on antibiotic growth promoters since the year 2006, makes it a challenge for nutritionists to formulate high quality diets for high performing production animals. More nutrients must be made available from feed but these only have value for the animal if they are properly absorbed. Any non-digested nutrient is a potential source for pathogenic bacteria to develop and to colonise the small intestine of the host animal. Furthermore, managing an optimal balance of the microflora in the GIT, also termed as Eubiosis, became more difficult due to the use of vegetable proteins that are less digestible and contain high fibre.

Eubiotic nutrition is a 3-step strategy:

To gain full benefit from diets containing cereal grains and high fibre plant proteins, a multi-enzyme system containing fibre-degrading enzymes such as xylanase, beta-glucanase, cellulase and pectinase are needed. Due to the presence of non-digestible oligosaccharides in leguminous seeds, also alpha-galactosidase and beta-mannanase are needed. Moreover, the production of endogenous enzymes in young animals may not yet be sufficient for digesting all plant proteins and the high level of starch in current diets. Therefore, protease and alpha-amylase supplementation is needed to maximise the utilisation of proteins and starch.

A multi-enzyme system is beneficial to current broiler diets. This led Framelco to develop Fra Octazyme Dry, a product that contains 8 active enzymes:

Optionally phytase may be added to maximise the utilisation on the phytine phosphorous from plant material.

When feed has been properly broken down into single nutrients, they need to be absorbed in the small intestine. Nutritional emulsifiers, like hydrolysed lecithins (lysolecithins) are beneficial in this matter. Hydrolysed soy lecithins contain high levels of lysophosphatidylcholine (LPC) and lysophosphatidylethanolamine (LPE). LPC and LPE are both important components of the lipid bilayer of cell membranes and have the ability to fluidise this membrane allowing an easier absorption of nutrients, fats and fatty acids. Hence, the second step in the Eubiotic nutrition is the addition of lysolecithins, like Fra LeciMax Dry.

Short- and medium chain fatty acids (SCFA & MCFA) have been widely used for their beneficial effects on general animal health and performance. According to scientific research, α-monoglycerides of these fatty acids are much more powerful in their antibacterial effect.

As α-monoglycerides of SCFA are more active against gram-negative bacteria and the α-monoglycerides of MCFA more towards gram-positive bacteria, products such as Fra Gut Balance produced by Framelco have a broad spectrum of antibacterial effect. Moreover, α-monoglycerides are stable molecules that are active through the entire GIT. This results in an optimal microbial gut balance and gut health, improving health and performances of food producing animals. The use of alpha-monoglycerides is a key strategy in Eubiotic nutrition.

The Eubiotic nutrition concept was tested in a commercial broiler farm. The combined effect of Fra Octazyme Dry (500 gram/ ton of feed) and Fra LeciMax Dry (250 gram/ ton of feed) was tested on broiler performances and compared to a positive control diet containing a simple NSP enzyme with a lecithin surfactant.

Average daily weight gain of the broilers receiving the 2 Eubiotic products was increased with 8.51% compared to the broilers receiving the competitor products. Final body weight was higher in the treatment group (263 gram per bird). A clear improvement of FCR, lower by 11 points, was obtained in the treatment group (Table 1). The combination of this innovative multi-enzyme system and lysolecithin product has shown to have a very effective synergy. FRA Octazyme Dry liberates more nutrients and FRA LeciMax Dry enhances nutrient absorption. In order to maximise animal health and performances, the third key of this Eubiotic nutrition concept, managing the GI-microflora with α-monoglycerides, must be implemented as well. 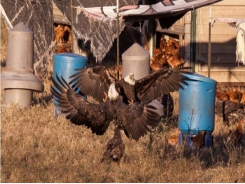 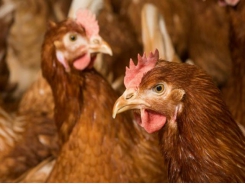 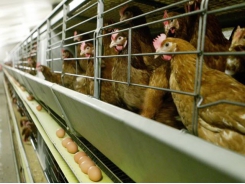