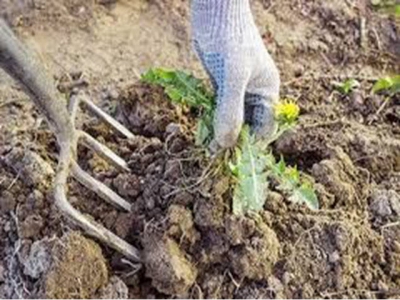 Vegetables never taste better than when they come fresh from your own garden. And that’s not just a myth. There are good reasons for it. Commercial growers have to consider a number of factors when deciding which varieties of which crops to grow, and among these factors are yield per acre and the storage life of any particular crop. These factors are not always consistent with flavour, and the gardener who grows his own vegetables can consider flavour as the most important quality in his vegetables, without having to worry too much about economic factors like yield per acre and storage life.

The great majority of vegetables are relatively easy to grow: seed is cheap, and the economies that can be made on the house-keeping (with relatively little expenditure of time) are very considerable. In addition, you can grow some of the rarer and more exotic vegetables that are expensive in the shops.

When preparing a vegetable garden, you have to initially decide upon the location.  The site of the kitchen garden should be an open one, receiving as much light and sunshine as possible. However, if the site is a windy one, low wattle fences could be erected as windbreaks (a windbreak filters the wind rather than blocks it; solid walls, by contrast, may create powerful wind currents, like those encountered between high buildings). It is particularly important that there should be a windbreak on the north side of the vegetable garden. Hedges and trees are less suitable as windbreaks than fences as their shade and roots tend to be detrimental to the plants.

However, a row of espalier fruit trees or a neat hedge can be used effectively to separate the kitchen garden from the ornamental garden. The choice of hedge or windbreak really depends on the amount of space available as, if the vegetables are spaced sufficiently far from the hedge or espalier trees they will not be affected by loss of root nourishment.

Preparing a vegetable garden not only involves preparing the soil, sowing, planting and top dressing, but after these are dealt with there are operations such as weeding, hoeing, thinning and watering which are essential if good crops are to be obtained.  And even with the help of modern machinery, these tasks are still time consuming.

Paths are important to consider when preparing a vegetable garden, because a lot of walking round is entailed when doing various jobs. It is best to surround the whole plot with a concrete path wide enough to take a barrow. Simple paths between rows can be made with straw or peat which will also act as a mulch. Sometimes it is necessary to work when the ground is sticky, and a pair of builder’s boards are very useful for creating ‘instant’ paths across the soil. They also prevent the soil being compacted. The kitchen garden is the obvious site for the compost heaps, the incinerator, frame and the greenhouse.

The best position for a herb garden is a sheltered one, rather like a herbaceous border, with the tall-growing shrubby plants at the back. Herbs vary in size considerably, some like sage, rue and rosemary being shrubby, while others like (marjoram, thyme and chives are low-growing.

Vegetables are divided into three main groups: root crops, brassicas and legume., Root crops, such as parsnips, carrots and beetroot, like deep, clean soil manured the previous year, not just before sowing, as their roots tend to split in freshly manured ground.

The same needs apply to potatoes, which are often planted on a new vegetable plot to ‘clean’ the ground. For potatoes the ground must be deeply cultivated and provided this is done well they are an ideal crop to start with on any new plot.

Brassicas include cabbages, Brussels sprouts, cauliflowers, broccoli; they like plenty of lime and nitrogenous fertilisers.

Legumes, like peas and beans, have special nodules on their roots containing bacteria, which are part of a system by which the plants convert or ‘fix’ the nitrogen in the air, making it into plant food.

This process illustrates one of the points of crop rotation. The roots of peas are left in the ground after harvesting so that the nitrogen in them remains to feed the following crop which may lack  the ability to make nitrogen for itself.

Brassicas need plenty of nitrogen, so they usually follow legumes. The other main point about rotation is made by considering the brassicas themselves. If cabbages are grown year after year on the same piece of ground they tend to develop a disease called club root. If they are grown on different soil each year, they will be less likely to develop this disease. So as well as helping to balance the supply and demand for plant foods, rotation helps to eliminate pests and diseases. A simple form of rotation is to divide your plot into three equal sections and divide the main groups of plants mentioned above in the following way.

The cycle would be repeated in succeeding years. When preparing a vegetable garden, you need to consider separate plots which will need to be set aside for permanent crops such as rhubarb and asparagus. And yet another for such as onions, marrows and lettuce. If the vegetable garden is too small to make rotation seem worth while, or if you prefer to follow your own ideas, it is as well to bear in mind that you should not plant the same thing on the same piece of ground from one year to the next.

This is a very useful procedure when preparing a vegetable garden, and indeed it helps in preventing frost affecting young plants, saving watering by preventing loss of moisture from the ground, smothering weeds, and encouraging the production of humus and plant food. Peat is obviously most useful, especially where young and delicate plants are concerned, but once plants have grown enough not to be smothered, straw is a cheaper material to adopt. Lawn mowings (from chemical-free lawns), compost and hop manure are other alternatives.

Some gardeners will use black plastic, as a substitute for these mulches on crops such as broccoli, Brussels sprouts, cabbages, cauliflowers and tomatoes, the sheets being laid on the ground and the plants set between them. For a row, two lengths of sheeting are used leaving a narrow gap in the middle for the plants. For potatoes the plastic is simply laid over the ground after the potatoes have been planted. When the shoots appear the plastic is lifted and slits are made in it to enable the shoots to be gently drawn through. Pieces of thin fencing wire round tent pegs inserted in the ground are a neat way of holding the plastic down, the plastic being folded over the wire at each end of the strip and held with clips or clothes pegs, and other lengths of wire pegged down at intervals down the row over the plastic. The equipment should last several years.

Early, Main and Late Crops in the Vegetable Garden

Different varieties of the same plant produce their fruit at different times, and on this basis it is possible to harvest fresh crops over a long period. With cauliflowers, for instance, it is possible to have pickings all the year round using winter and summer types. Peas provide first earlies in May or June, second earlies in July, main crop in August and late from August to September.

Successional Sowings in the Vegetable Garden

Quick-growing plants like lettuces, radishes and summer spinach are best sown at fortnightly intervals from spring to early summer. This can be done with the same variety or varieties, because their quick-growing properties ensure that they will mature at intervals throughout the season. The great advantage of this method is that by only sowing a small number of seeds at a time it is possible to harvest reasonable quantities over a long period instead of a huge crop all at once.

This is related to successional sowings in that the same quick-maturing plants may be accommodated in between rows of slower-maturing plants. Thus, lettuces may be grown between beds of runner beans. The only condition for such intensive cultivation is that the ground should have been prepared to provide nourishment for both crops. Where the slow-maturing plants tend to overshadow the quick-maturing ones it is important that the rows should be on a north-south axis or the smaller plants will be deprived of light.

This is rather like intercropping, except that instead of growing two crops at the same time, the catch crop is grown to mature before the main crop has made much growth. A good example of a catch-cropping, is growing lettuces on the ridges thrown out of celery trenches before it is necessary to start earthing-up the celery.

Preparing a vegetable garden for successional plantings involves replanting a piece of ground as soon as the previous crop has been taken out. A lot of early crops are cleared by mid-summer, and the same position can be used either for quick-maturing vegetables or for winter-maturing plants like spring cabbages. The ground must be properly prepared between one crop and the next. 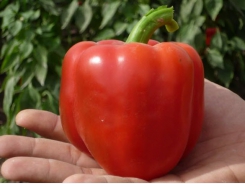 Managing peppers through to maturity 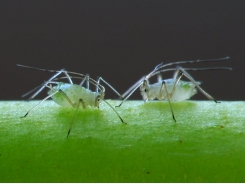 Grow Your Own Potatoes – Potato Pests and Diseases