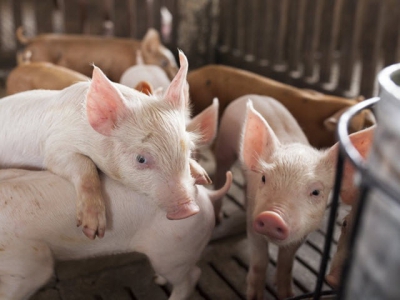 Adding a blend of xylanase and protease to the diets of newly-weaned pigs may improve gut development, weight gain and growth performance, say researchers.

An international team of researchers from Brazil and the US explored the use of individual and blended enzymes in the diets of weaned pigs as a way to address growth performance, gut health, nutrient digestibility, and animal stress status. The group published its work in the journal, Animal Nutrition​​​.

“This study was conducted to evaluate the effect of the supplementation with xylanase and protease on growth performance, digesta viscosity, oxidative stress, immune status, digestibility of nutrients and gut health of pigs from 21 to 45 d of age,” ​the researchers said.

“The combined use of xylanase and protease enhanced the growth performance of newly weaned pigs,” ​they added.

Why use enzymes in pig feed?​

Early weaning in swine can expose pigs to nutritional, psychological and immunological changes, the researchers said. New diets are vegetable based, less digestible, may contain antinutritional factors and replace a highly digestible milk-based diet rich in protein, lactose and fat.

The change in diet characteristics can alter pig performance, they said. Corn and soybean meal are common feed ingredients for swine in several countries, but the ingredients also include antinutritional elements.

“In young pigs, these effects are even more pronounced due to their low digestive capacity to vegetable-based diets,”​ they added.

“The major NSP [non-starch polysaccharides] in the swine corn-soybean diets are arabinoxylan, present in corn, and xyloglucan and xylan in soybean,” ​the researchers said. “Non-ruminant animals do not produce endogenous enzymes capable to digesting NSP. Once ingested, NSP can increase the digesta viscosity, alter the epithelial morphology of the intestine and reduce the digestibility of nutrients.” ​

Additionally, the storage globulins in soybeans – glycinin and B-conglycinin – can produce an allergenic effect linked to reduced growth performance along with an altered immune system and intestinal epithelium morphology, they said. “Due to the immaturity of the digestive system of young animals, the immunoreactivity of these proteins and their partially digested segments are even more pronounced when compared to adult animals,”​ they added.

However, use of a supplemental enzyme in feed has been linked to a reduction in NSP and nutrient excretion along with improved digestion of nutrients, they said.

“It was hypothesized that by eliminating or reducing the effects of antinutritional factors, these enzymes enhance the growth performance of newly weaned pigs through the benefits in the gastrointestinal tract and the improvement in the nutrient digestibility,”​ the researchers said.

During the feeding trials, 48 newly-weaned pigs were given one of four diets for a period of 24 days, the researchers said. The diets were designed to meet pig nutritional requirements during phase 1 (10 days) and phase 2 (14 days) following weaning.

Pig weight and feed disappearance were noted on day 10 and 24 to establish body weight (BW), average daily gain (ADG), average daily feed intake (ADFI) and the gain to feed ratio (G:F), they said. An indigestible marker also was added to feed on days 20 to 24 to examine feed digestibility.

Blood samples were collected on day 21 and all pigs were harvested on day 24 to allow for the removal of the gastrointestinal tract, the researchers said. Digesta from the ileum and jejunum was gathered for analysis along with jejunum segments and mucosal samples.

The concentration of titanium dioxide found in feed and digesta was examined to establish the apparent ileal digestibility (AID) of nutrients, they said. Levels of MDA, protein carbonyl, IgG, IgA, tumor necrosis factor a (TNF-a) and mucosal total protein were established to measure oxidative stress and pig immune status.

At the end of the feeding trial, pigs receiving the diet with both xylanase and protease had the heaviest body weight, the researcher said. But body weight was not altered when the enzymes were used individually.

“The combinational use of xylanase and protease enhanced growth performance of newly weaned pigs,” ​they added.

In the second phase of the feeding trial, adding xylanase to the diet tended to improve average daily gain, a result that was enhanced when protease was added, they said.

Average daily feed intake tended to increase when both xylanase and protease were included in the diet, they said. However, the gain to feed ratio was improved when only protease was added.

The apparent ileal digestibility of dry matter, gross energy and crude protein and the pH of colon digesta were not altered by the enzyme use, the researchers said. Similarly, the serum and mucosal levels of TNF-a, IgG and IgA were similar for all diets.

Adding xylanase to the diet lowered the ileal digesta viscosity and in the jejunum, reduced the concentration of MDA and tended to lower the level of protein carbonyl, they said. Adding both enzymes increased villi length in the jejunum and the villus height to crypt depth while reducing the crypt depth and the proliferation of crypt cells. 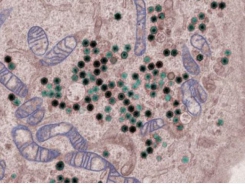 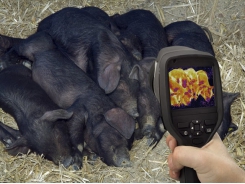 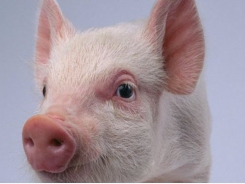