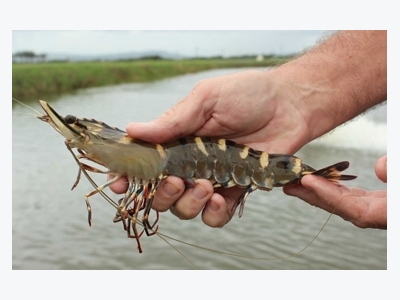 The fear of disease and the harsh realities of shrimp biology are resulting in the rise of vannamei shrimp farming – and the concurrent downfall of black tiger shrimp aquaculture.

The greatest risks of disease contamination for shrimp farmers are neighboring infected ponds – especially in coastal or riverine environments where water sources are shared – and introduction of diseased post-larval (PL) shrimp. To avoid the latter, use of Specific Pathogen Free (SPF) PL is considered good practice, and this has been widely, though incompletely, implemented for vannemei.

But for black tiger (P. monodon) shrimp, various difficulties in captive breeding have made wide commercial use of SPF PL unfeasible, creating another reason for the increasing dominance of whiteleg (P. vannemei), and to a lesser extent, the western blue shrimp (P. stylirostris).

Why have captive whiteleg and blue breeding progressed, while black tiger breeding has been largely a failure? One problem is that while wild-caught monodon shrimp breed well in captivity, those born in captivity do not.

The male monodon breed upon reaching approximately 40 grams, while a wild female must attain 142 grams on average before reaching sexual maturity, much larger than for the alternate species. But for shrimp born in captivity, even large females rarely progress to sexual maturity. There are various theories as to why: sensitivity to changes in light, salinity or water pressure may all play a role; as may unmet nutritional needs, leading to endocrine or pheromone problems.

Despite the lack of natural sexual maturity, molting of the females and subsequent openness to mating can be induced by removal (ablation) of one of the eyestalks of the female. However, the hatch rate of the eggs and survival of larvae to the post larval stage is quite low. This may be because while the damage to the eyestalk induces molting (which is necessary for breeding) and early ovary development, the ovaries are smaller and are of inferior quality to those of normally-maturing wild shrimp.

In contrast, sexual maturity of whiteleg and blue shrimp comes earlier and is successful even in captive-born shrimp. Survival of offspring to the PL stage is high.

Another consideration is the physical features of the sex organs. Female shrimp have an organ designed to hold the male’s sperm, so that it can be deposited to the eggs as they emerge. This is called the “thelycum,” and in monodon it is “closed” or covered by shell, while in the vannemei and stylirostris it is “open” or uncovered.

The open-thelycum female shrimp molt, sexually mature, mate, and then release eggs within a few hours, but in the closed-thelycum females the process is different, because they can only receive sperm when their shells are soft. So, they molt, mate (and hold the sperm in the thelycum for 10 to 20 days), then mature and release eggs. This long storage of the sperm may be another reason for the lower survivability.

A final problem for monodon breeding is that growth rates in captive lines appear to decrease. This may be because of inbreeding, poor viability of PL from captive-born shrimp, or perhaps infection with an RNA virus. Here it must be remembered that SPF refers to being free of “specific pathogens,” not all pathogens or viruses.

Conversely, lines of vannemei are being developed that are genetically specific pathogen resistant (SPR), and growth rates are being increased. This breeding for superior performance is likely to increase under the more controlled conditions allowed by freshwater-, tank-, or raceway-based systems.

Ultimately, these differences in biology mean that while vannemei is more easily farmed while the monodon remains a stubbornly difficult puzzle that aquaculturists have yet to solve.

As a result, the whiteleg shrimp has greatly increased its share of world shrimp production, from a negligible share in 2001 to over three million metric tons (MT) in 2012. In Vietnam, the shift to vannemei resulted in a 20 to 30 percent decline in black tiger production in 2014 and vannemei became the dominant species farmed in the country, at 52 percent by weight.

Meanwhile, diseases such as white-spot syndrome, yellowhead and Taura caused the collapse of the monodon industry in Southeast Asia during the period. With early mortality syndrome (EMS) hitting production beginning in Southern China in 2009 and intensifying in Southeast Asia in 2013, the switch from black tiger (P. monodon) production continued, as India, Indonesia, and Ecuador – all unaffected by EMS – jumped in to fill the shortage of vannemei and capitalize on higher prices. With higher prices on vannemei, combined with faster growth and the possibility of more intensive stocking, the higher prices of large monodon shrimp no longer outweighed the profits of the whiteleg. Additionally, though vannemei and monodon shrimp are both susceptible to EMS, vannemei have the advantage of faster growth, so an infected pond may be partially salvaged by early harvest.

The end result of these trends is that whiteleg shrimp, and to a lesser degree blue shrimp, will continue to become a monocrop due to the continued inability to create SPF and SPR lines of black tiger. 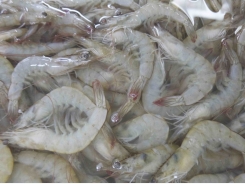 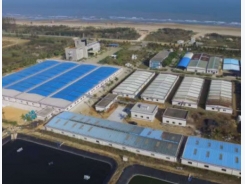 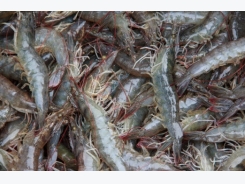 Ecuador encourages shrimp’s inclusion in the US Seafood…

Farmed shrimp can thrive on soy and canola…